The Future Internet will be Powered by Context, and the Context is You. 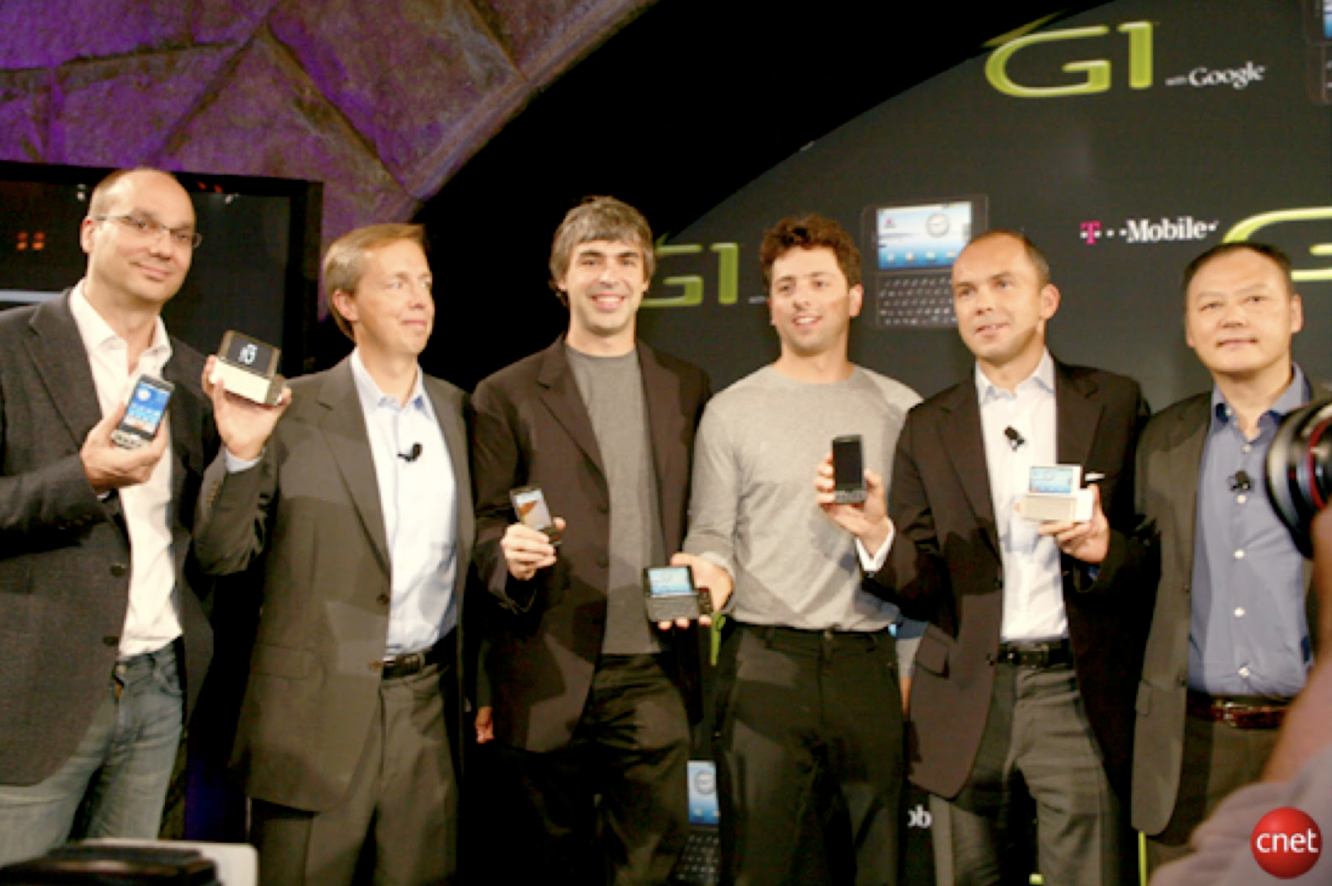 How apps will come to us when we need them.

On September 23, 2008, I stood on a stage in a New York subway station next to Larry Page, Sergey Brin, Andy Rubin, Cole Brodman, and Peter Chou. We were there to unveil a revolutionary new technology to the world: an operating system called Android and the world’s first Android-based phone, T-Mobile G1.

Two months prior, the iPhone 3G had been released with preloaded support for Apple’s App Store. Android was the way to even the playing field. The promise of an open internet, which in those days felt close at hand, was an opportunity for the world’s developers to unleash their creativity for the benefit of everyone.

Looking back at those heady days, one can’t help but see that we’ve failed to reach the ultimate goal—a truly open, democratised internet. Of course Android and the iPhone have dramatically changed our world. The internet is nearly ubiquitous. Four billion people can now access it. Computing power, bandwidth, and storage capacity have all grown incredibly over the years. Even better, app developers have been just as busy as we imagined. Over three million apps have been published on Google Play, and another four million live in Apple’s App Store. But what do consumers really use?

If you take a closer look at what’s going on in the app marketplace, it’s clear that something has gone awry.

Millions of apps are available, but the average smartphone user has 40 apps installed and uses just 18 of them. Of those 40 apps, the vast majority are owned by a handful of giant companies: Facebook, Google, Bytedance, Tencent, Alibaba, or Amazon.

This concentration of corporations in the app market has effectively stifled the dream of an open and inclusive internet. As long as the “stable app oligopoly” persists, people will continue to find and add very few apps. Consider: Just over half of smartphone users in the US have not added a single app to their phones in the past month. Is that because there are no useful or entertaining options? No. The problem is that new apps are difficult to discover.

The “pull” internet is failing us.

Many users only download an app if they hear about it from a friend, see ads for it repeatedly on social media, or read about it in an article. This is a “pull” type of internet. The user must be “in the know” about what they need and “pull” those services out of the millions of available apps. It’s not an enjoyable or easy process, which causes many people to default to pre-installed or well-known apps that everyone uses (i.e. the apps owned by the stable app oligopoly). It’s not inclusive, but exclusive.

However, one could object that if people believe an app is truly necessary or particularly ingenious, it will naturally be pulled from the pile and spread. In reality, the financial muscle of the oligopolists is incredibly powerful. If one of the massive corporations becomes worried that a competitor may drain users from its app, it often simply acquires the competing company or creates its own app. Anti-trust action may be starting to gain steam, but regulators, especially in the US, have been asleep at the wheel for years.

The other financial dimension is a marketing budget. Take TikTok, for example. To the average user, it likely came out of nowhere. Perhaps they heard a few news stories about it. Then, maybe their friends (or their children) began using it. Suddenly, it was everywhere. The app’s rapid rise to household name made it seem simple to go viral with only an excellent idea.

But the reality is very different. TikTok is owned by ByteDance, a multinational technology company last valued at $180 billion. The app grew with billions of dollars in funding and marketing to claim its share of users around the world. After launching in 2018 in the US, TikTok spent one billion dollars on marketing in its first year alone. And now, Instagram, acquired by Facebook in 2012 when it became too competitive, has added a “Reels” feature to siphon off TikTok users.

Amidst billion-dollar players, what chance does a small team of developers with a limited marketing budget have to get their app into the hands of users? The exclusive nature of the stable app oligopoly harms innovators who might have something amazing to contribute to the world, but it also harms consumers. Though we ostensibly have millions of apps to choose from, choice is limited to what we can discover—which is, time and again, what the internet giants pull users towards.

We must move to a contextual “push” internet experience.

Fortunately, there is another way to an inclusive internet that encourages innovation.

The “push” internet is a place where applications come to people. It isn’t far-fetched; it simply requires a different way of thinking about apps and the internet than we’re accustomed to.

This “push” internet experience needs two things: 1) context and 2) AI to analyze that context. The expectation is if you provide context about what you need to augment what you’re doing, the internet will “push” what you need to you, even if you didn’t know that app existed in the first place.

This is what I call the “contextual Internet.”

Let’s look to a real-world example to understand how it will work.

You text a friend, “Let’s meet for dinner tomorrow at 8:00 pm at The Bistro.” From the context, it’s immediately clear that you both need to have this dinner scheduled in your calendars. It’s also obvious that a table must be booked and transportation arranged. A number of apps could help with these tasks: iCal, Outlook Calendar, Google Calendar, Resy, OpenTable, Uber, Google Maps, Apple Maps, and so on. But no one knows every single possibility. Instead, you manually choose which apps to use after the conversation is over and click on them to perform the necessary actions to get a reminder, a table, and a ride.

Wouldn’t it be wonderful if all of these services came to you during your conversation, rather than forcing you to tap into them individually after the conversation? It would simplify things if the exact app you needed was “pushed” to you exactly when you needed it, using the context provided to figure out your needs.

That’s what the contextual internet will do.

How will the contextual internet change our experience?

Context is generated first and foremost through language: our speech and writing.

Even the simplest of conversations, like texting a friend “here” when you arrive at their home, generates context. That’s why communication and messaging platforms are best positioned to become the springboard for a contextual internet.

In fact, you can already see context-driven applications manifesting in messaging apps. As the internet is increasingly used for instant communication, apps like WeChat have begun incorporating services for specific situations into their chat function. If you want to book an appointment with an osteopath, you can do that directly from the chat. If you’d like to buy cinema tickets, you can do that with full payment integration. In this type of contextual internet experience, you sometimes don’t even see the actual app providing the service. But does the name always matter? If you achieve an instant result, do you need to know which reservation booking app was used?

For the vast majority of people using the internet today, the answer is “no.”

Right now, app marketplaces have a huge volume of apps available for download. But the full potential of those marketplaces will only be unleashed once more than a few dozen apps are regularly used. As we’ve seen quite clearly over the past decade, forcing people to find the right app for their specific needs results in concentration and stagnation. In other words, app discovery does not work. To move forward, we have to reorganize the internet experience to make it people-oriented rather than oligopoly-oriented. That shift requires the creation of a contextual internet that understands what an individual needs and supplies them with it at exactly the right moment.

The contextual internet will predominantly be built on communication platforms that can access the millions of conversations happening every day.

Such access is a major concern for many people. It should be. Privacy is a universal human right, which is why contextual services—everything from entertainment to financial transactions—have to be opt-in and permission-based for every single transaction. This is the opposite of today’s advertising model, where users do not know what happens to their data once they have accepted terms and conditions, which are difficult to understand. So whenever someone uses a contextual platform to get a ride, for instance, the user has to grant permission to access data relevant in that context. Only limited data should be shared with apps or third parties. Anonymised tokens can be used to enable a transaction. So for instance, when you book a ride in the contextualized internet, you won’t be handing over your credit card number, name, or transport history. The ride hailing app will only receive a token that allows it to take you from point A to B.

That’s important, because platforms in the contextual internet will use apps beyond the dominant few on everyone’s home screens. Service providers should also not be able to pay or otherwise incentivize the platform to use their app over others that might be useful in a particular situation. The contextual internet will be utterly democratic and neutral in its choices of which apps to use given a specific context.‍

Protecting privacy is key to establishing consumers' trust in a service that uses many different, unfamiliar apps.

Right now, the vast majority of apps require people to hand over their data and usually give very little control over what’s done with the information. Downloading and using new apps means putting your data up for sale many times over. When services are permission-based and used from a contextual internet platform, there’s no need to worry about whether the apps you’re using will or won’t collect and sell your data. They simply can’t.

This is a very different experience than most people are used to, but it can be the start of something new and beautiful—a contextual internet experience that hands power to the user.

The past decade has been a time of great innovation, and we’ve reached the limits of what we can do on our current path. We need a new internet, one that truly unleashes humankind´s creativity in services that are for everyone. A contextual internet.

Introducing LOVE: A Brand New Way to Communicate Face-to-Face With Those Closest to You 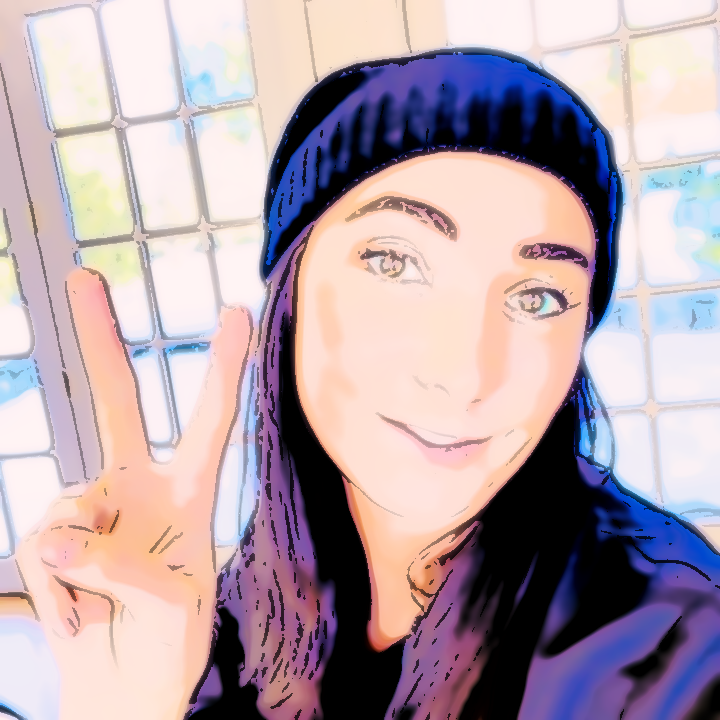